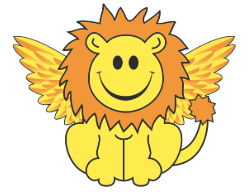 The history of our school dates back to the year 1974, when its founder, who had just completed her studies, inaugurated her scholastic enterprise with a class of 5-year olds.

Six years later, the small school building, an apartment on the fifth floor of a condominium, had become inadequate to accommodate the little students, who, from year to year, were becoming more and more numerous.

In September 1980, the school moved to new premises in Conegliano in via Vitali, which for 21 years accommodated a Learning Centre for children aged 12 months to 6 years and an “after school” centre for primary school children.

In 1998 the positive philosophy promoted by the international schools in Italy, the desire to provide a high level of education and the quest to find an ideal location for a child-friendly school finally resulted in the project to create “Pianca School” with the intention of gradually and steadily progressing to include a Kindergarten, Nursery school, Primary school and Middle school. In 1998, 8 brave little pioneers set off on the first bilingual journey.

In 1998 the school started with 8 brave little pioneers.

Today the bilingual school has about 220 registered children and a staff of over 40 people including mother tongue teachers, Italian teachers, auxiliaries and administrative staff.

The logo, like everything else in the school, is the result of careful reflection and elaboration.

The British Flag, underlines the importance of the English language, while its shape, outline, colours and lion, represent the flag of the Veneto region.